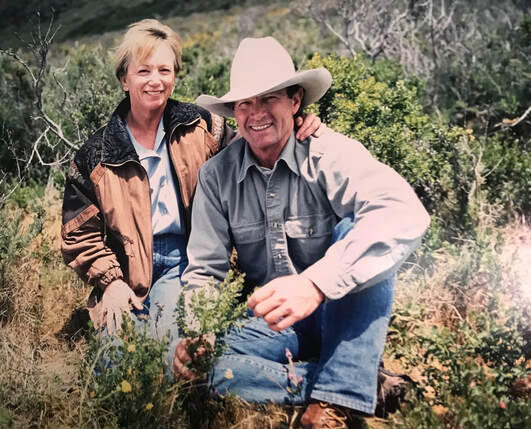 Bob and Terri Blanchard - Owners, Land Stewards, Ranchers, Mom & Dad, Grammy & Gramps.
The backbone of this operation. These two have been ranching for nearly 50 years and continue to dedicate their lives to this work. Bob grew up on Old Creek Ranch, which at that time was a dairy, avocado and orange ranch. He spent his days learning from his father and being mentored by local cowboys, until eventually taking over Old Creek Ranch and turning it over to a cattle ranch. For over 40 years he has stewarded  a coastal stretch of land for PG&E with the use of cattle. He's taught seminars through the local college, Cal Poly, and sat on panels with pioneers in the regenerative ranching movement, like Alan Savory. He's received many awards complementing him on his work and what his practices have done for the land. He's been a voice in the holistic ranching movement for over 25 years and continues to dedicate his life to the work—it's what keeps him young, he says. Terri grew up in San Luis Obispo and dropped her preppy upbringing at Mission Prep to take on life as a cowgirl on the ranch.  She's the one behind the scenes who makes sure it all get's done—crunching numbers and making sure the logistics are in order, or cooking a stew and baking up something sweet. They both enjoy riding their horses together on Sundays after a long slow morning drinking their coffee. 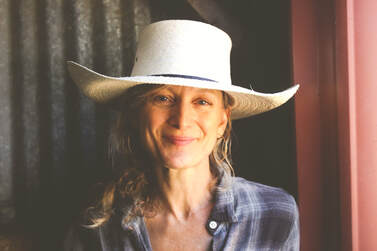 Ann-Marie Blanchard - Daughter, Mama, Equestrian, Acupuncturist.
Ann-Marie is thee oldest of three Blanchard's and the only daughter. Growing up, she confidently carved a path for her brothers—in roping, in horsemanship. I hear her reflect often on ranch life—being woken up early, there being a full egg, bacon, toast breakfast awaiting their arrival. There was a lot of freedom there—a very hands-off, 'learn-by-doing' attitude that made her tough and self-sufficient. She spent her days alone, roaming for hours on her horse, finding solitude in the hills surrounding the ranch. She's a mama to two, beautiful horseman, acupuncturist, and gentle woman who cares deeply about these practices and the continuation of them.